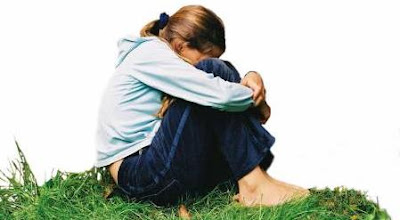 This post was first run at the old Nourishing Obscurity and had many comments which have not been brought over here.

It starts off all right:

In their most impressionable adolescent years, a third of high school students say they have experienced unwanted sex. The vulnerability of teenagers, especially girls, is highlighted by a survey of the sexual experiences of almost 3000 students, in years 10 and 12. It found the most common reasons for unwanted sex were pressure from a partner or just being drunk.

Researcher Anthony Smith told The Age that, strikingly, girls in year 12 were having more sexual partners and drinking 30 per cent more than they did when a similar survey was done in 2002.

… then it draws precisely the wrong conclusion:

Professor Smith said the extent of unwanted sex detected in teenagers underscored the need for sex education in schools to better explain links between underage drinking and sexual behaviour that might be accompanied with regret later.

It underscores nothing of the bloody kind – it underscores the exact opposite. This so-called sex education in schools is what has caused the whole thing, along with other outside influences. If parents would just assert themselves – WTF are they frightened of – that their kiddies won’t love them any more if they make moves to restrict their kids movements by a reasonable amount, teach responsibility and then go into that school and find out who’s pressurizing your kid to have sex?

If every parent stopped being a rabbit, wringing the hands and saying, “Oh, what can we do?”, together they’d change the scene within a year. They’re beyond your reach? Bullsh – kids are kids and respond to Fair, Firm and Friendly. So what if your the Great Ogre for a couple of years? So what if they say they hate you but deep down, they don’t?

Everyone is agreed about rape, yes? That it is the most debilitating thing, that it’s a gross violation, yes? Well what about the kid with no world experience and no judgement, having to do things ahead of time and why? Because a bunch of peers press gang him or her into it. If a kid has sex even one day before being ready, even one minute, then it is rape. Just because the perpetrators are underage and can’t be charged, does that make it any better?

Think about it. Think back to being a kid and how there were things you didn’t want to do. Think of a whole gang of kids who are expecting you to do it. Think of the way you can never tell mum or dad. Think of the teachers who are aiding and abetting this, teachers of the “all things are OK” ilk today, telling their classes that “when” they have sex, not “if” or “years later, when you’re old enough”, “years later, after you’re married” for goodness sake, laughing and joking along so that the kids think their teachers are “with it” in the modern world – think of that kid going along with it all because she [or he] has to but silently not wanting any of it.

Does anyone think of that? And please don’t say teachers don’t do that because I’ve seen them having a laugh in the staffroom about it and saying things like, “Oo, Felicity’s starting early.”

So lets start by ticking this professor off with his “progressive” ideas and then we can start to get kids back into the families where they belong, free of all this external mentoring.