Just as a thought experiment, let’s imagine that instead of having a political economy based on Home-Owner-Ism, we had one based on Car-Owner-Ism.

Under current rules, in a non Car-Owner-Ist economy, when you buy a car, you pay the manufacturer the agreed price to cover the manufacturing costs and his small profit margin. Over the lifetime of the car, you will spend as much again on insurance from the insurance company; petrol from the petrol company; fuel duties on the petrol to cover the cost of road maintenance, traffic police; AA membership in case it breaks down; repairs at the garage etc. The car depreciates over time, and after twenty or thirty years it has only scrap value. 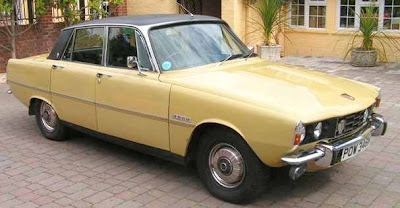 But if we had Car-Owner-Ism, once you had bought a car, the government would provide your insurance, petrol, AA membership, repairs and so on for ‘free’ and it would guarantee that car prices could only go up. What would flow from this..?

1. Of course the government has no money of its own to pay for the insurance, petrol and repairs, so it would have to increase income tax on labour and enterprise in order to pay for them.

2. Car owners would not want the value of their cars to be competed away, so manufacturers would only be allowed to sell a small number of new cars and never enough to meet demand. Before new cars can be built, there would be public enquiries and appeals procedures to go through.

3. However, manufacturers would not be too unhappy: instead of selling large volumes with a small profit margin, the value of a new car would be bid up to twice what it costs to manufacture (because the selling price would included the embedded value of the free petrol and insurance), and so the manufacturers’ profits would still be maintained.

4. Car NIMBYs would of course claim that they were doing this to protect the environment and to ‘reduce pressure on local services roads’ – while simultaneously clamouring for more roads and car parks to be built.

5. With a government guarantee that ‘car prices can only go up’, the income taxpayer would have to pay ever more money to ensure that even the oldest banger would be repaired to the highest standard and could be re-sold for its original cost. Restrictions on new cars would help this – Trabants in East Germany did not fall in value (until the Wall came down). If ever a car was wrecked or written off, there would be full compensation for the amount you lost.

6. The government would of course not haggle for the best deals with the oil companies, insurance companies or civil engineering companies (it’s not their money), so the amount spent on all these things – invisible to the car owner – would creep up and up, along with the income tax burden, and all these companies would be appointing current and former politicians as company directors and consultants.

7. Younger people who were keen to buy a car, but whose disposable income is being reduced by all the tax they have to pay to fund the running costs of existing car owners would no longer be able to afford to buy a car outright for cash, so they would be forced to borrow money to acquire one.

8. So the banks would have a fine new source of income, lending young people money to be able to buy a car which only has value because their own income tax is being used to subsidise it. And the banks would also be offering politicians all sorts of well paid directorships, of course.

9. Even though most of the population would be simultaneously taxpayer and car owner, they would see free insurance and petrol as a ‘right’, and politicians would be able to win elections by pointing out that the value of their car had gone up and promising in their manifestos that in future, car owners would receive a ‘free’ valet service as well.

10. With new and second hand car prices fuelled by borrowing, there would be an inverse relationship between prices and interest rates, so politicians would always be keen to depress interest rates as low as possible, making it even harder for young people to save up a deposit (and making it pointless to save up for your old age) and leading to car price bubbles and credit bubbles. Banks would be issuing and trading in Motor Backed Securities and the bankers would be earning handsome bonuses. Until the car price and credit bubbles pop, after which income tax would be increased yet again to bail out the banks and the whole cycle starts again.

11. Older people who don’t really need the family car any more – but want to retain it for sentimental reason – would be under no pressure to sell it. In fact the longer they hang on to it the better, because car prices ‘can only go up’. They can park it in their garage, knowing that government-paid mechanics will be round twice a year to service and maintain it, so the number of cars on the road would steadily dwindle, making the economy run less and less efficiently and making it harder and harder for young people to get to work.

12. The Baby Boomers would be patting themselves on the back saying what a wise investment decision they’d made – the Ford Anglia which they bought back in the 1960s for £100 is now be worth £50,000. And those who didn’t really need their second or third car would be able to rent it out to young people, who would be paying twice over: they’d be paying for the cost of the petrol and roads via their income tax, and they’d be paying for the value of the petrol and roads in the rental charge.

13. Sooner or later, after the tax and debt burden on the productive economy has plunged us into a depression a few times, small government free market liberal economists would point out that it would be far better to reduce income taxes and for car owners to pay for their own running costs. As a result, they say, the economy would grow faster; cars would be allocated more efficiently to those that are prepared to pay for the value and the credit boom/bust cycle would be dampened.

14. The vested interests – banks, politicians, insurance companies, oil companies and so on – would always push out their propaganda decrying these economists as ‘crazy’, as ‘socialists’ or as ‘Utopians, even though the economists could refer to Adam Smith and David Ricardo having warned of exactly the same dangers when governments proposed subsidies to owners of horse drawn carriages.

15. Actual car owners would be trained to respond thusly:

“We paid for the value of that petrol when we bought our car! Why should we pay all over again in cash? What are young people complaining about – can’t they just save up and buy a car like we did when we were young? What do they want – do they want hundreds of thousands of new cars to be built every year until the entire countryside is covered in metal? It’s not our fault that car prices keep going up, that’s just the free markets for you. We’ve paid our taxes and now we want what the government promised. These economists are attacking ‘capital’ and the value of our ‘main investment’! If we have to pay for our own running costs, then the price of cars will fall, banks will fail and the economy will nose dive!”

All Mark‘s posts on this site can be found in the left sidebar.

← No way out
Weight loss technique →

7 comments for “The Rover”